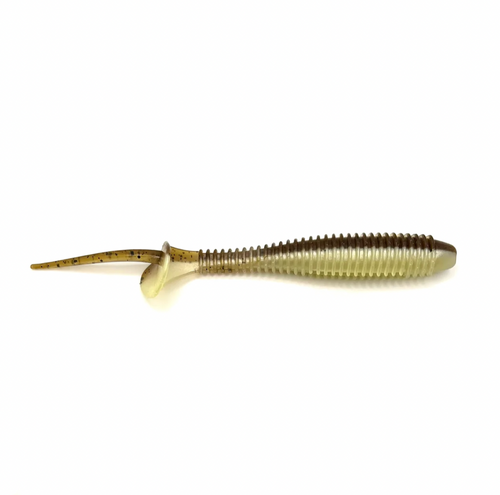 - Unmatched wobble like no other paddle tail bait in it's class

The Samurai Swimmer took months of testing by the designer to get the wobble just right. Featuring a 4-inch body from nose to paddle tail, followed by a 1 3/4-inch first of its kind "sword tail", you truly have to see the action of this swimbait to believe it (video below)! A traditional paddle tail swims side to side, causing the unique sword tail to slice back and forth like a Samurai warrior wielding a battle weapon! A medium/fast retrieve causes the sword tail to kick side to side in a fluid slithering motion. A slow retrieve while alternating between swimming and hopping across the bottom will imitate a bait fish foraging aggressively.  Try our custom-designed Kickstand Jigs to achieve this presentation even in cover with our Kickstand weed guard jig.

This swimbait also excels in more traditional techniques such as a belly-weighted swimbait hook, underspin, or as a trailer for spinnerbaits, buzzbaits, and jigs. Try throwing the Samurai Swimmer on a chatterbait trailer, and increase the action with he power of the sward tail.  These swimbaits also excel on an Alabama (umbrella) rig during the colder months of the year.