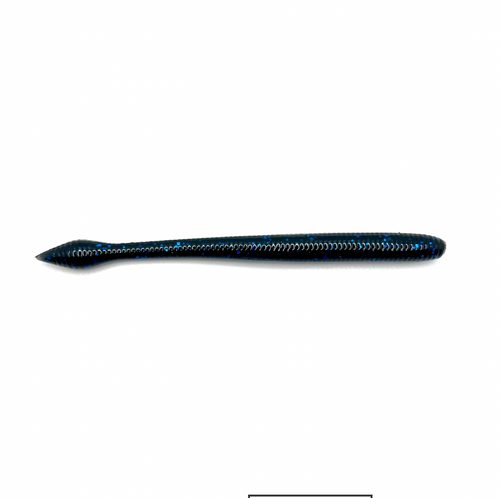 Originally called Dojo Worm by ThirdEye Fishing now sold elusively by Zee Bait Co. and produced with the same level of quality you came to know from ThirdEye!

A proportionally downsized version of the original Javelin 6.5 the 4.5 produces a bold finesse action in a smaller profile! Whether you are looking to add some extra punch to the smaller wacky/neko rig, or downsize your shaky head, Texas rig, or drop-shot presentation, the Javelin 4.5 flat out delivers! Featuring a thicker profile than your standard finesse worm, the Javelin 4.5 has more weight in the same general size allowing you to cast it further even when weightless. A thicker worm also extends the life of each bait.

During days when the fish are more active, try giving the rod tip a firmer shake and watch as the tail "kicks" more aggressively, triggering territorial fish into a reaction strike. You name it, and anything that a standard finesse worm can do, the Javelin Worm can do better.  Even the traditional "floating worm" presentation looks amazing on the Javelin Worm, as the bait darts back and forth on a weedless worm hook, resembling a hybrid between a fluke and a straight-tail worm. If we can only have one soft plastic bait in the tackle box at a given time, it is guaranteed to be the Javelin Worm!